Harry Potter fans have a reason to rejoice today, and a reason to save up some money. Warner Bros. will soon release the Harry Potter Wizards Collection, a massive 31-disc Blu-ray/DVD set that contains everything a fan could ever want, for the price of $349.99. The utterly magical collection comprises of a total of 31 discs, out of which 18 are the all 8 films, each on DVD and Blu-ray, and separate 3D discs for the last two films in the series. The remaining 13 are the special features discs loaded with all the featurettes, un-released behind the scene clips, trailers, and 5 hours of never seen film material. 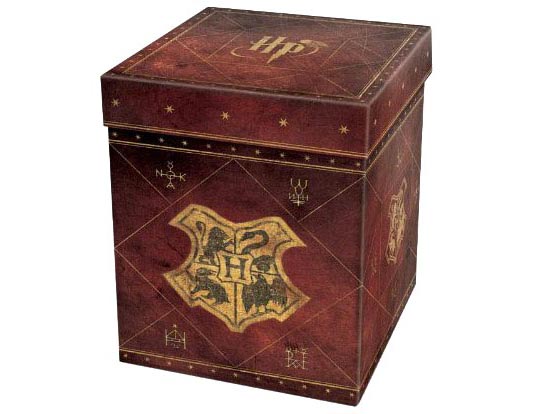 The box is a neat little extra in itself. It almost looks like a massive jewelry box, with plenty of nookies and crannies, as well as the Harry Potter logo right on the lid. Pop on over to Amazon’s product page to see a video on how the thing opens up — as well as order yourself a copy of the set… read more on Extravaganzi
Continue Reading
Advertisement
You may also like...
Related Topics:Harry Potter