Directed by Seth Gordon (The King of Kong, Four Christmases), the film deals with three friends, Nick (Jason Bateman), Kurt (Jason Sudeikis), and Dale (Charlie Day), who decide that the only way to improve their lives is to eliminate the bosses that are making them miserable. 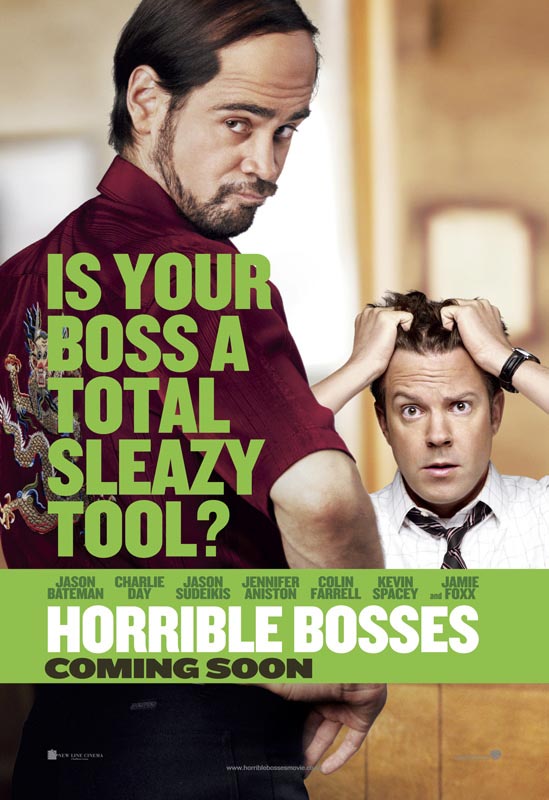 Here is a synopsis of the movie:

For Nick, Kurt and Dale, the only thing that would make the daily grind more tolerable would be to grind their intolerable bosses into dust. Quitting is not an option, so, with the benefit of a few-too-many drinks and some dubious advice from a hustling ex-con, the three friends devise a convoluted and seemingly foolproof plan to rid themselves of their respective employers…permanently. There’s only one problem: even the best laid plans are only as foolproof as the brains behind them. 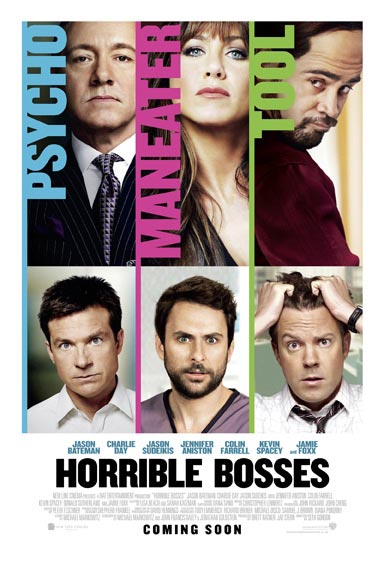 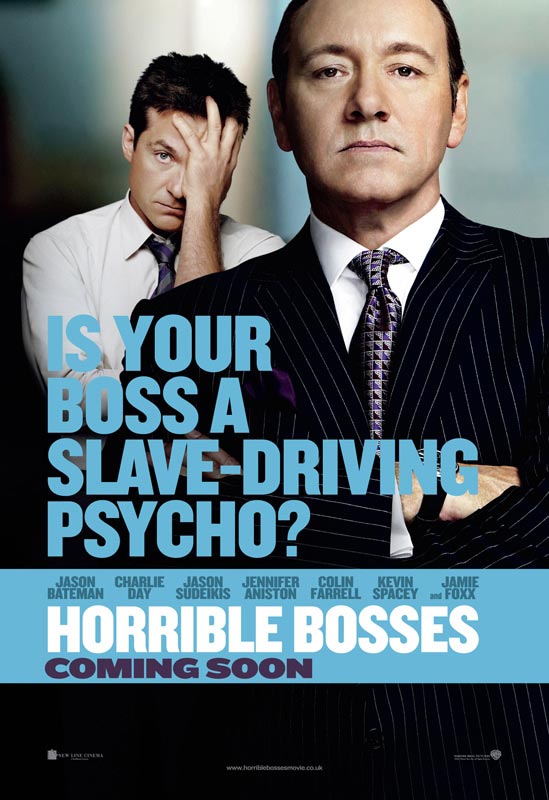