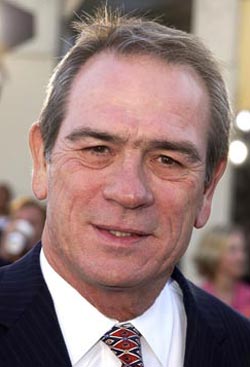 Few weeks ago we reported that Tommy Lee Jones is in negotiations to star in the upcoming David Frankel’s drama titled Hope Springs. Today, we’re here to report that Lee Jones is definitely on board to star next to previously reported Meryl Streep and Steve Carell. That’s an awesome cast, indeed, especially now when it’s finally confirmed that Lee Jones and Streep will star as a longtime couple. As you already know, Hope Springs screenplay comes from Vanessa Taylor, and it featured on the prestigious Black List. It follows a middle-aged couple who after thirty years of marriage attend an intense counseling weekend to examine the intimacy issues that are threatening their marriage. Here’s the synopsis part: “Many years of marriage have left Maeve (Streep) wanting to spice things up and reconnect with her husband. When she hears of a famed relationship guru (Carell) in the town of Hope Springs, she must persuade her skeptical husband (Jones) to get on a plane for an intense week of marriage and sex therapy. Getting there was hard enough…now shedding their bedroom hang ups, learning some new moves and rediscovering their youthful spark is when the real adventure begins.” Mandate Pictures has set an August 2011 start date for production on the movie, while Sony Pictures holds North American distribution rights to the film which will be released in the 4th quarter of 2012.
Continue Reading
Advertisement
You may also like...
Related Topics:David Frankel, Meryl Streep, Steve Carell, Tommy Lee Jones