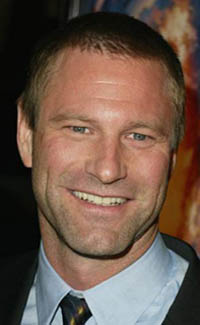 Aaron Eckhart and Richard Jenkins are set to join Johnny Depp in “The Rum Diary,” based on Hunter S. Thompson‘s novel, which Bruce Robinson adapted and is directing. Eckhart is in negotiations to play Sanderson while Jenkins is signed on for the movie and he will star as Lotterman. Amber Heard also is on board. “The Rum Diary” is the tale of a hard-drinking journalist named Paul Kemp (Johnny Depp) in 1950s Puerto Rico. Sanderson, a wealthy landowner believes everything has a price and introduces Kemp to a different standard of living but ends up vying with him over the affections of Chenault (Amber Heard). Lotterman is the man who oversees the rundown newspaper where Kemp works. The project, which Depp, Christi Dembrowski and Graham King are producing, begins shooting March 30 in Puerto Rico.
Continue Reading
Advertisement
You may also like...
Related Topics:Aaron Eckhart, Johnny Depp, richard jenkins, The Rum Diary