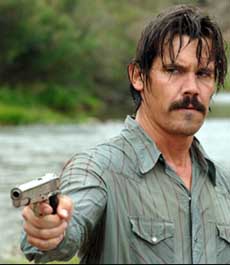 The Welsh actor Ioan Gruffudd is tipped to be cast as Tony Blair in a forthcoming Oliver Stone biopic on the life of George Bush. Thandie Newton, who was born in Zambia and raised in England, will play Condoleezza Rice in the Stone movie, W, which is due to start filming on 21 April. Josh Brolin, who starred in No Country For Old Men will play Bush in the film, which ranges from his early relationship with his father, through the 1990-91 Gulf War to his own presidency. Laura Bush will be played by Elizabeth Banks, star of The 40-Year-Old Virgin.
Continue Reading
Advertisement
You may also like...
Related Topics:Elizabeth Banks, Ioan Gruffudd, Josh Brolin, Oliver Stone, Thandie Newton