Maria Bello and Adrien Brody are the latest to join the sprawling cast of ensemble drama Third Person that includes Liam Neeson, Mila Kunis, Adrien Brody, James Franco, Olivia Wilde, Kim Basinger and Moran Atias. Cameras are now rolling in Rome for director Paul Haggis‘s latest drama, which is in the vein of his Oscar-winning 2004 drama Crash and follows three intersecting stories set in Paris, New York, and Rome, ‘with each storyline following a different stage of a love relationship from the beginning, middle, and the end.’ No word yet on what roles they’ll be playing, but Brody plays the love interest of Atias and Neeson and Wilde play a gossip columnist in the New York storyline. Haggis is directing from his own screenplay. 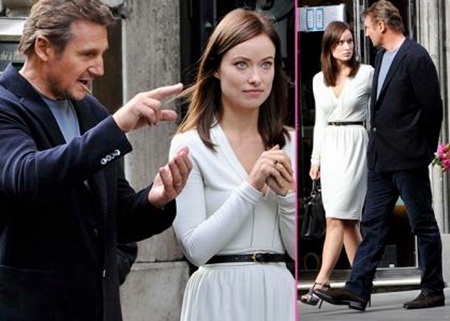 (Paris) Michael, a writer who recently left his wife, receives a visit from his lover Anna. The story explores their very complicated on/off relationship due to her inability to commit because of a terrible secret. (New York) Julia has recently been charged with attempting to kill her son, a charge which she firmly denies. As a result of these charges, her son is now in the custody of his father Rick who’s trying everything in his power to take the boy away from her. Julia is trying at all costs to regain custody of her son. (Rome) Sean, an American business man on a trip to Italy, falls in love with an Italian woman, Monica. Sean is inevitably drawn into a plot where he tries to free Monica’s daughter who has been kidnapped by an Italian gangster and is being held for ransom. Emotions run high as we and Sean question whether this is a set up or not.