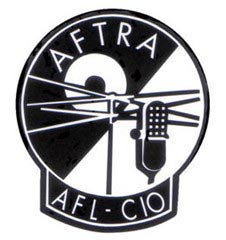 Members of the American Federation of Television and Radio Artists (AFTRA) have ratified a new contract with Hollywood studios that boosts payments for actors whose work appears on the Internet. AFTRA said in results disclosed Tuesday that 62.4 percent of voting members approved the three-year deal with the Alliance of Motion Picture and Television Producers. The vote comes amid fierce opposition by the rival Screen Actors Guild (SAG), the last major Hollywood union still negotiating with the studios for a new three-year contract. SAG contended a separate deal with AFTRA would dilute its clout at the bargaining table. SAG represents 120,000 actors in movies, TV and other media. The TV and radio federation has 70,000 members including actors, singers, announcers and journalists. SAG and AFTRA share 44,000 dual members. The contracts of both unions expired June 30, but both agreed with the studios to keep working under the old terms to avoid a shutdown of the entertainment industry.
Continue Reading
Advertisement
You may also like...
Related Topics: