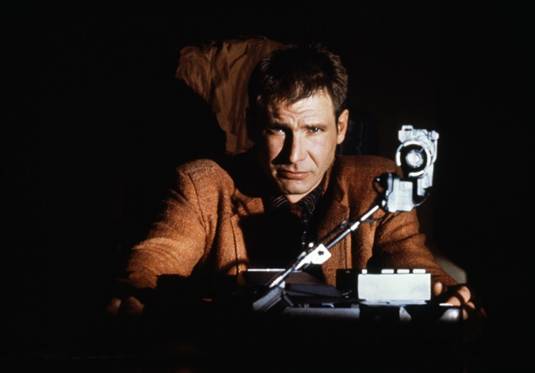 Rumors that Harrison Ford is in talks to star in Ridley Scott‘s new Untitled Blade Runner Project are ‘patently false,’ the film’s producers have said. Fans of the 1982 sci-fi classic were thrilled about the news that Harrison was in early talks to reprise his role as hunter Rick Deckard. But the film’s producers, who are teaming up with Ridley Scott for the reboot, told Deadline:

It is absolutely patently false that there has been any discussion about Harrison Ford being in Blade Runner. To be clear, what we are trying to do with Ridley now is go through the painstaking process of trying to break the back of the story, figure out the direction we’re going to take the movie and find a writer to work on it. The casting of the movie could not be further from our minds at this moment.

Asked if Harrison could resurface in the film, Alcon’s Andrew Kosove said:

In advance of knowing what we’re going to do, I supposed you could say yes, he could. But I think it is quite unlikely.

Kosove compared the Blade Runner follow-up to Scott’s long-awaited forthcoming return to science fiction, Prometheus, in terms of how the film will relate to the original, but exists within ‘the same universe’ as its predecessor, 1979s Alien.

What Ridley does in Prometheus is a good template for what we’re trying to do. He created something that has some association to the original Alien, but lives on its own as a standalone movie.

The less connected this film seems towards the original, the better. Stay tuned. [youtube]http://www.youtube.com/watch?v=KPcZHjKJBnE[/youtube]