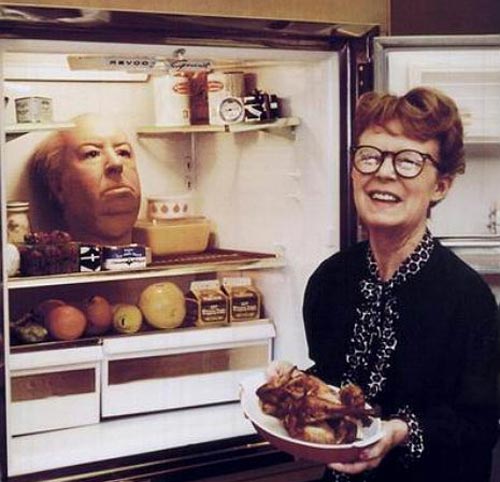 As you already see in our title, Alfred Hitchcock and the Making of Psycho is now going to be quite shorter. The movie, which comes from director Sacha Gervasi, will now be entitled simply – Hitchcock. I’m a little bit confused with all these Hitchcock-movies in Hollywood today, but I must admit that this one definitely has an awesome cast on board! The movie is actually a love story about one of the most influential filmmakers of the last century, Alfred Hitchcock and his wife and partner Alma Reville. It takes place during the making of Hitchcock’s seminal movie Psycho. Anthony Hopkins is on board to star as legendary director while Helen Mirren stars as his wife and partner Alma Reville. As for the rest of the cast, it includes Scarlett Johansson as Janet Leigh, James D’Arcy as Anthony Perkins, Jessica Biel as Vera Miles, Michael Stuhlbarg as Lew Wasserman, Toni Collette as Hitchcock’s secretary Peggy, Michael Wincott as Ed Gein, Kurtwood Smith as Geoffrey Shurlock, Richard Portnow as Barney Balaban and Danny Huston as Whitfield Cook. And, for the end of this report, let us also mention that Fox Searchlight Pictures and Montecito Pictures announced today that principal photography for the Hitchcock will start on April 13th in Los Angeles.
Continue Reading
Advertisement
You may also like...
Related Topics:Alfred Hitchcock and the Making of Psycho, Anthony Hopkins, Danny Huston, Helen Mirren, Hitchcock, James D’Arcy, Jessica Biel, Michael Stuhlbarg, Michael Wincott, Sacha Gervasi, Scarlett Johansson, Toni Collette