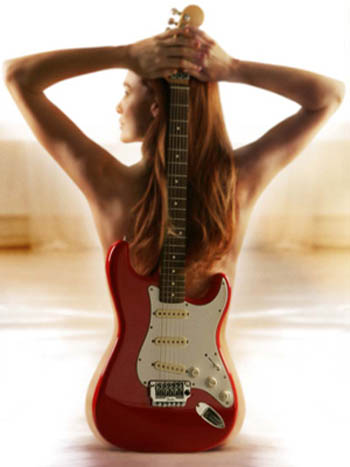 Take a look at the trailer, poster and some photos from the “The Guitar” directed by Amy Redford – Robert Redford‘s daughter and written by Amos Poe which is inspired by the true story. Saffron Burrows, Isaach De Bankolé and Paz De La Huerta star. “The Guitar” follows a woman who goes on a multi-month spending spree after discovering she has throat cancer.

One morning Mel, a mousy, harried New Yorker with a thankless job and an even-less-appealing boyfriend learns that the tumor in her throat is cancerous and the diagnosis is terminal. She then hears that both her job and her relationship are coming to an end. Rather than wallowing in self-pity, she embarks on an endless spending spree, the kind of self-indulgent wish fulfillment that we have all fantasized about.

Visit the official website: www.theguitarthemovie.com “The Guitar” will hit the theaters on November 7, 2008. 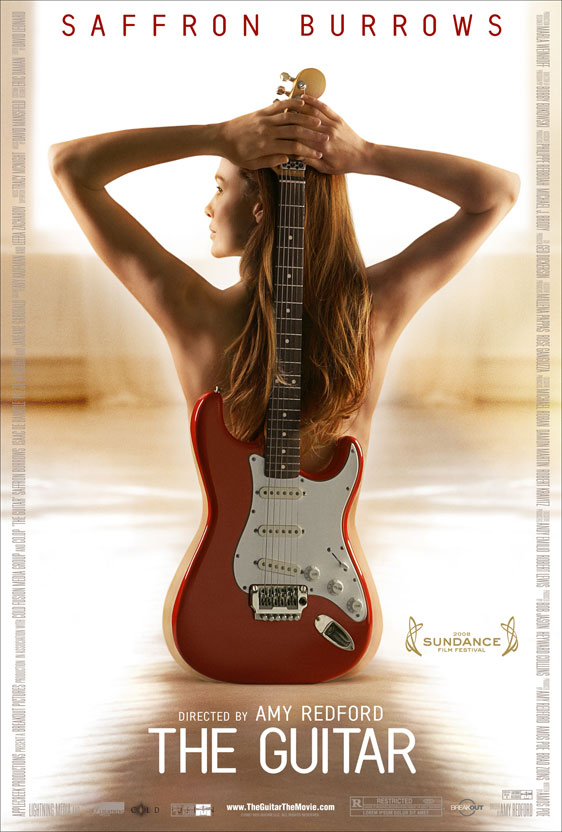