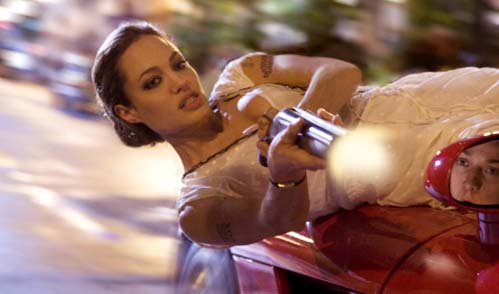 Angelina Jolie has revealed that she took a role in action movie ”Wanted” to take a break from serious films. “I get to be foxy finally! I’ve been doing some serious films and I love them, and I’ll continue to do them, but every once in a while, I miss the action movie, said Jolie, who previously appeared in ”Tomb Raider” and ”Mr. & Mrs. Smith.” “I miss playing and shooting things up. It was a lot of fun. I miss that stuff, you know. I love being a mum and I love being at home, but every once in a while, I like to do stunts.” Jolie claimed that ”Wanted” appealed to her because it “doesn’t take itself too seriously. It’s a little more nutty and has a sense of humour about itself”.
Continue Reading
Advertisement
You may also like...
Related Topics:Angelina Jolie, Wanted