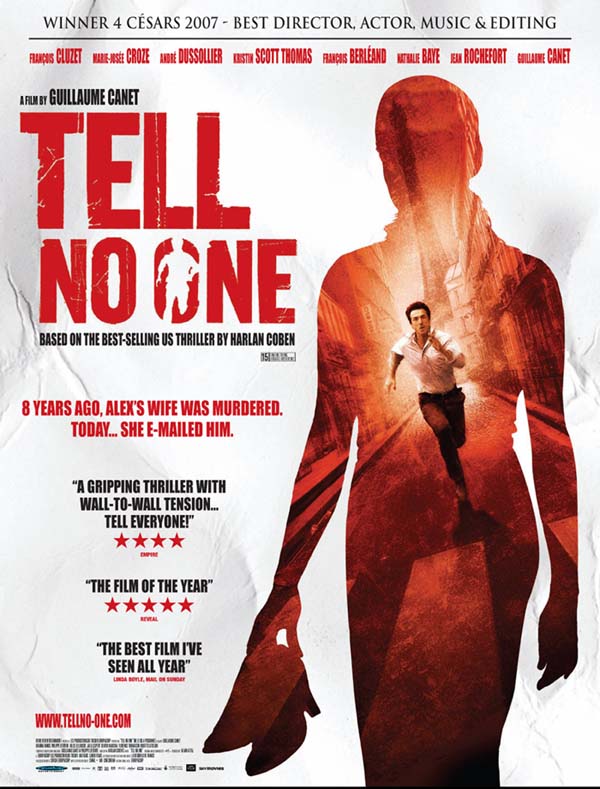 Based on great Harlan Coben‘s novel, ”Tell No One” directed by Guillaume Canet, starring Kristin Scott-Thomas, François Cluzet, Marie-Josée Croze will hit US theaters on July 2, 2008. The pediatrician Alexandre Beck (François Cluzet) misses his beloved wife Margot Beck (Marie-Josée Croze), who was brutally murdered eight years ago when he was the prime suspect. When two bodies are found near where the corpse of Margot was dumped, the police reopen the case and Alex becomes suspect again. The mystery increases when Alex receives an anonymous e-mail showing Margot older and alive. When he clicks on the link he sees a woman’s face standing in a crowd and being filmed in real time – Margot’s face. Is she still alive? And why does she instruct him to ‘tell no one’?
Continue Reading
Advertisement
You may also like...
Related Topics:François Cluzet, Guillaume Canet, Harlan Coben, Kristin Scott-Thomas, Tell No One