Here are some pics Angelina Jolie of on the set of her upcoming action/thriller spy movie “Salt.” Jolie plays CIA operative Evelyn A. Salt who tries to clear her name after she is accused of being a Russian sleeper agent. The movie directed by Phillip Noyce from script by Kurt Wimmer and Brian Helgeland also stars Liev Schreiber and Chiwetel Ejiofor.  “Salt” shoots in Washington and New York City and it opens in 2010. 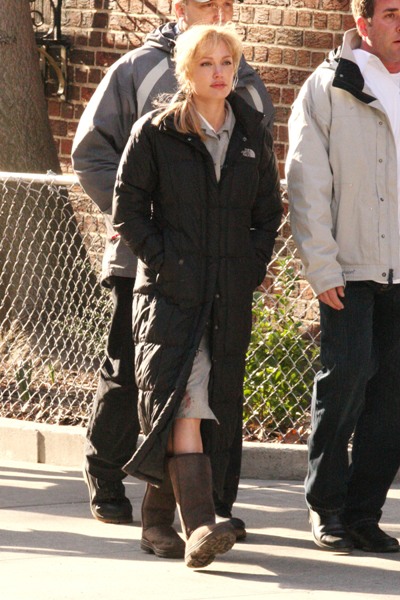 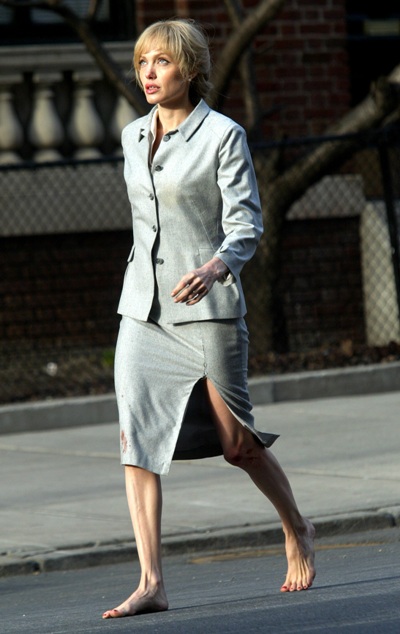 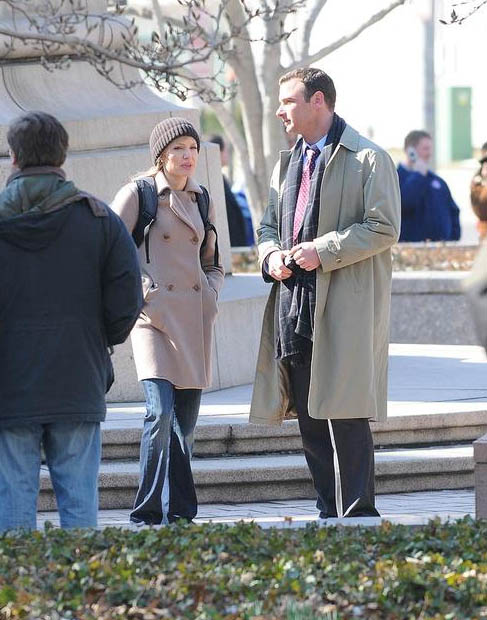 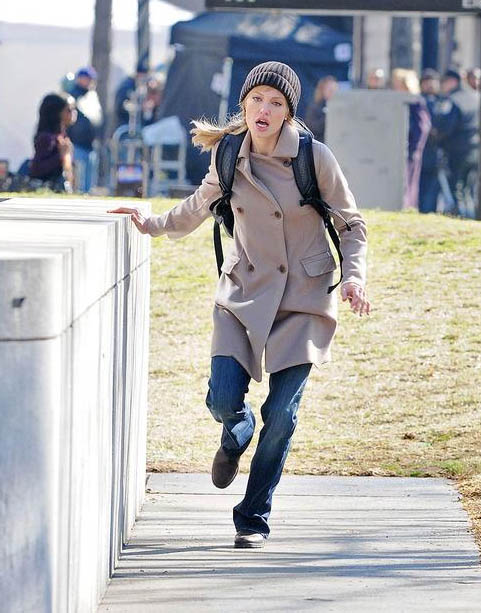 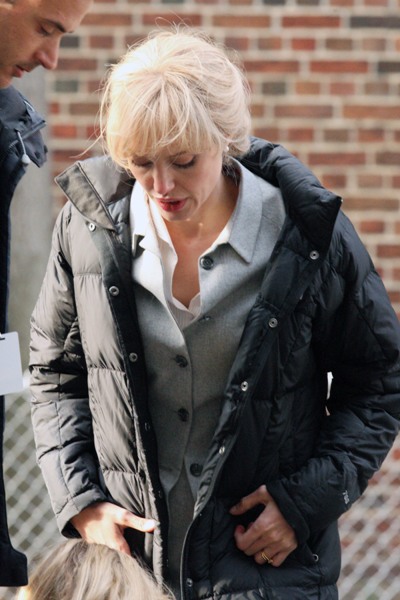 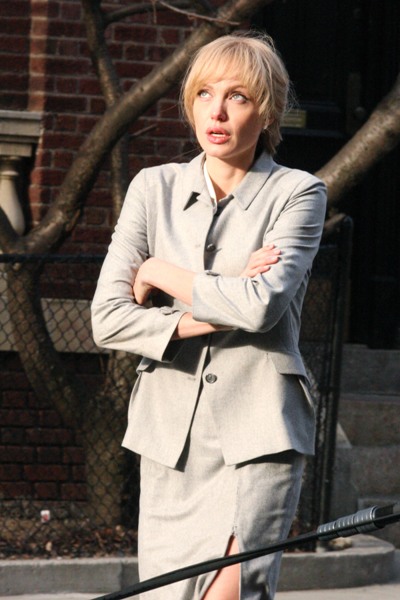 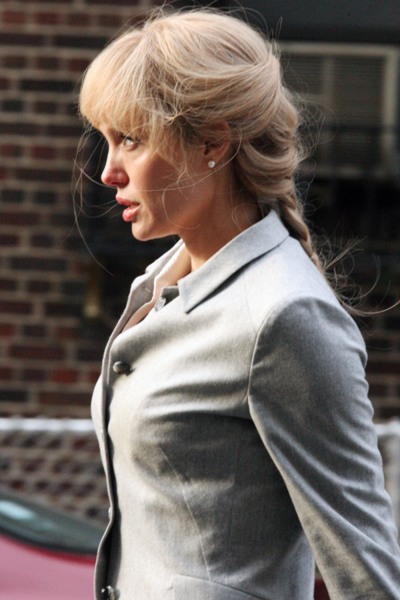 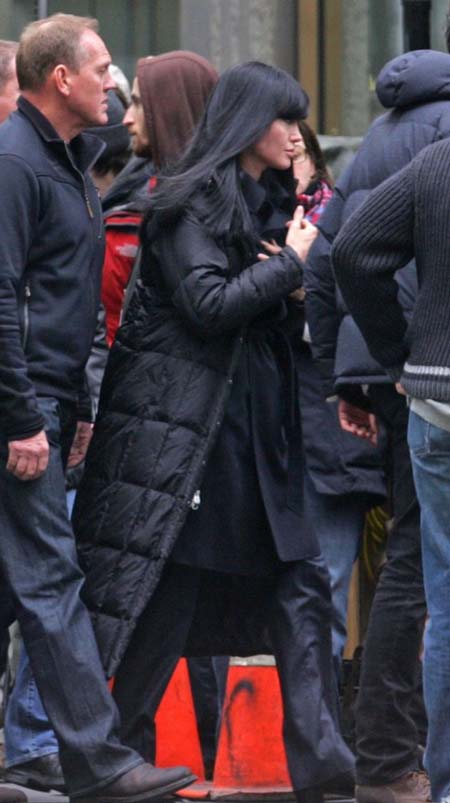 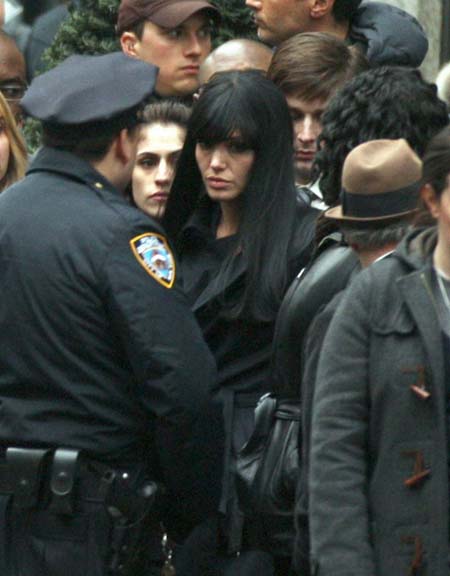 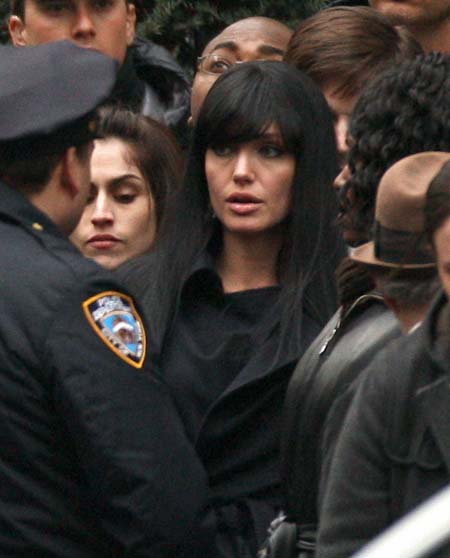 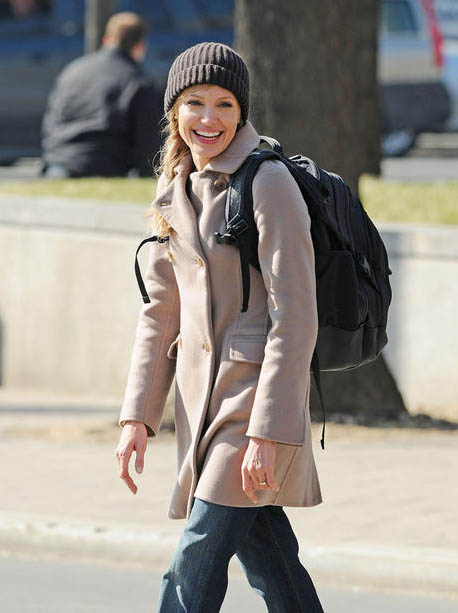