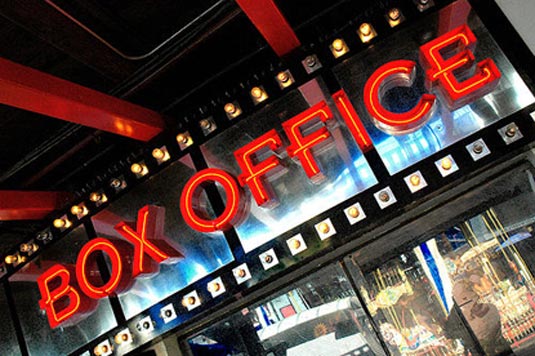 While 5,36% fewer tickets overall will have been sold this year than last, income is expected to be nearly the same. No doubt 3-D movie tickets keep box-office sales high as attendance falls! If Tinsel Town got anything at the box office in 2010, it’s to be thankful for the higher price charged for 3-D movie tickets. This total attendance will also be the second lowest attended year of the decade, and certainly it was the lowest-attended summer in over a decade. And at the beginning of the year, when 2009’s Avatar, the biggest box-office in history (US$2,7 B), was still going strong it looked as if 2010 might have set a new record. A full 8% of this year’s box-office revenue, or about $850 million, came from the additional $3 to $4 a ticket that moviegoers paid to see films such as Toy Story 3 and Clash of the Titans. Maybe it has also made the drop in moviegoers. But like vice chairman of Sony Pictures said:

“If money goes up while bodies go down, I’m not sure it’s necessarily a bad thing.”.

Another research on proportional relationship between total grosses to openings, according to Ipsos OTX, shows that ratio of total grosses to openings has fallen 11% in the last five years. That’s to say that catching the movie on a following weekend has become less interesting. Many in Hollywood are positive on that matter because 2011 will bring many of the type of films that moviegoers say they hate but love to see: sequels!
Continue Reading
Advertisement
You may also like...
Related Topics:avatar, Box Office, Toy Story 3