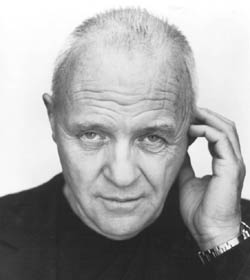 Anthony Hopkins has been confirmed to play the title role in a new movie version of Shakespeare’s ”King Lear.”

He first played the role in a stage production at the National Theatre in 1987.

Hopkins is said to be “thrilled” to be starring in the film, which was announced at Cannes last month.

The $35 million film ”King Lear” will feature epic battle sequences, according to its makers.