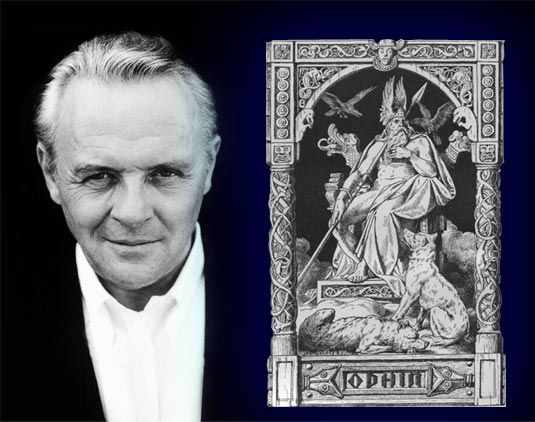 Anthony Hopkins has signed on to star in Marvel Studios’ upcoming adaptation of “Thor.” Hopkins will play Odin, the king of Asgard and the father of Thor and Loki. Chris Hemsworth is playing Thor, Tom Hiddleston plays Loki and Natalie Portman – Jane Foster, his human love interest. In the film, Thor’s arrogance and recklessness re-ignite an ancient war, so he’s cast out of Asgard and down to Earth. There, as his human form Donald Blake, he meets a nurse named Jane Foster. When Loki comes to Earth Thor is forced to take up the hammer and fight him. Mark Protosevich (I Am Legend) and Zack Stentz penned the script. Kenneth Branagh (The Magic Flute, Sleuth) will direct Thor with a theatrical release set for May 20, 2011. Anthony Hopkins will next be seen playing Benicio Del Toro’s father in “The Wolfman” which will be released in February.
Continue Reading
Advertisement
You may also like...
Related Topics:Anthony Hopkins, Benicio Del Toro, Chris Hemsworth, Kenneth Branagh, Natalie Portman, thor, Tom Hiddleston

New “The Road” Trailer
Katie Holmes In “The Romantics”
Advertisement