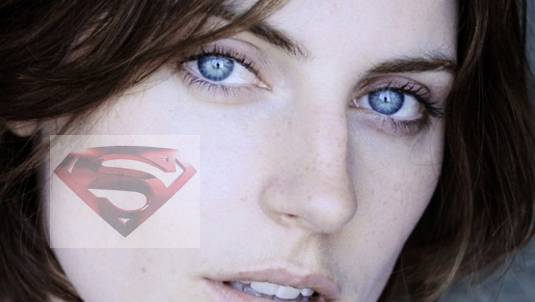 Rebellious Kryptonian General Zodd won’t be flying alone in the Superman reboot Man of Steel – Antje Traue, the German actress whose first English film was the sci-fi movie Pandorum with Ben Foster and Dennis Quaid, has been cast as the female villain lead Faora.

Faora, who appearing in multiple forms in the comics, is always a man-hating Kryptonian. It remains uncertain which one Traue has been tapped to play. In popular culture, the feminine Kryptonian named Ursa, in Superman and Superman II is thought to be based on Faora, who appeared in season eight of Smallville as the wife of General Zod.

It’s expected that Traue will be playing the version of Faora that debuted in Action Comics as a Pokolistanian assistant of General Zod. That character was a metahuman with the capability to disorder of the molecular structure, which let her to create a mutagenic virus that served as the key player of Zod’s plan.

Zack Snyder’s helming Man of Steel from a screenplay by David S. Goyer, based on a story written by Nolan and Goyer.

Except for Traue, Cavill as Supes and Shannon, the promptly filling out cast also includes Amy Adams, Kevin Costner and Diane Lane.

Production is scheduled to begin this summer in Chicago, planned for a December 2012 release.

No doubt, when comes the end of 2012 we’re all going to be watching Supes  slug it out with General Zodd. Now take a look back at Traue’s  last appearance.

John C. Reilly Has NOT Been Offered Role in The Hunger Games
F. Javier Gutierrez to Direct Sci-fi The Greys with a Script by Adam Cohen
Advertisement