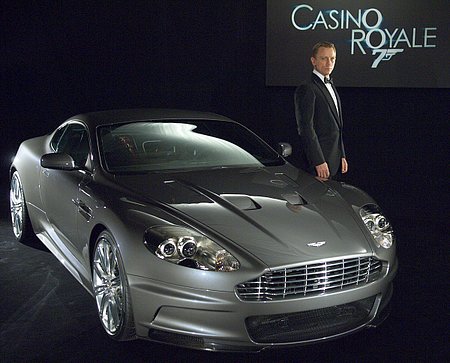 After its record-breaking car crash sequence in Casino Royale, the Aston Martin DBS will be back in action in a big way for the 22nd James Bond film, ‘Quantum of Solace’. Adam Kirley, stunt driver, on the British TV show ‘Fifth Gear’ spoke about what the plan is for the DBS in ‘Quantum of Solace’. ‘We’ve just been doing some new stuff yesterday for the new film, actually. There’s a lot of my involvement with the DBS and you’ll hopefully see a lot more of than you did in the last film.’ A major car chase sequence will be shot at the mammoth Italian lake Lago di Garda.
Continue Reading
Advertisement
You may also like...
Related Topics:James Bond, Quantum of Solace