Take a look at new shot from the upcoming movie “Astro Boy.”

An adaptation of Osamu Tezuka’s classic manga, set in futuristic Metro City “Astro Boy” follows a young robot invented to replace the late son of a brilliant scientist. Despite having incredible powers, he is unable to fulfill the grieving father’s expectations. our hero embarks on a journey in search of acceptance, experiencing betrayal and a netherworld of robot gladiators, before he returns to save Metro City and reconcile with the man who had rejected him. 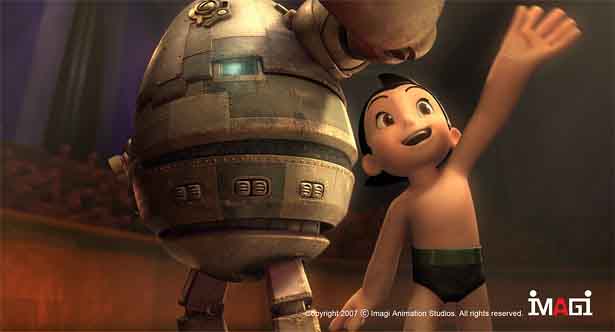