While James Cameron himself has said in the past that he’s been keeping Avatar’s secrets close to his chest, it was only a matter of time before things started leaking here and there.Now, as the principal photography winds down and the long haul of post-production begins on his ambitious 3D sci-fi epic, effects blog Marketsaw has posted a few details about the movie. We won’t say too much and do bear in mind that it’s entirely possible Cameron is leaking false information to throw us off the scent, but if what the blog reports is true, Avatar should look amazing. But then, it’s James Cameron’s return to feature films. It’s not going to be Attack Of The Killer Tomatoes. 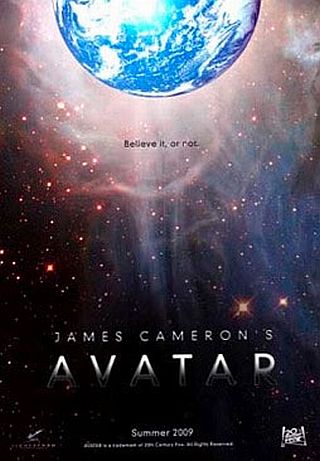 The real McCoy or fan boy Photoshop dreaming we have no idea, but we thought you’d like to see it non the less. It was apparently leaked from the New Zealand based WETA sfx workshop who seem to be involved in pre-production work for big James Cameron’s uber budget CGI/live action sci-fi hybrid. With a 2009 release date, there’s precious little else to get excited about in the meantime. If it’s a spoof knock up, it’s mighty unexciting don’t you think?
Continue Reading
Advertisement
You may also like...
Related Topics:avatar