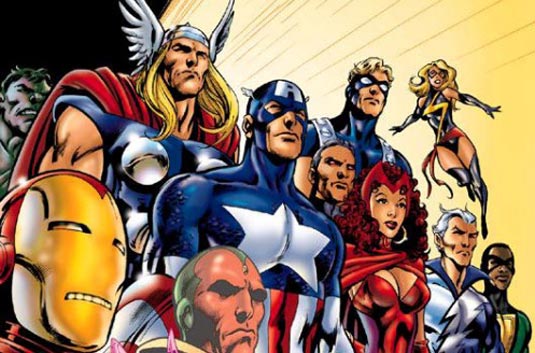 After scoring not big, but huge at the box office with its The Avengers movie, Marvel is looking to explore the mythology on the small screen, too. We’ve heard that Marvel’s TV division is in talks with ABC and ABC Studios about doing a drama series in the Avengers world. The connection to the Avengers franchise would be light, as the project is expected to be set in the universe and feature some of its themes and feel, but may not include any characters from Joss Whedon’s blockbuster. The project is still in “embryo” stage, described as “a kernel of an idea,” with a number of scenarios being explored, including a high-concept cop show (nooo, IN ANY CASE don’t do THAT). Marvel has already given the Avengers the animated treatment with Disney XD’s The Avengers: Earth’s Mightiest Heroes and the upcoming Avengers Assemble, which I am looking forward to.

Establishing a primetime foothold has been a priority for Disney-owned Marvel. The company has developed several projects for ABC Studios over the last couple of years, one of which, a Hulk series, is still in the works. Now they only need a writer to do the script.
Continue Reading
Advertisement
You may also like...
Related Topics:Avengers Assemble, Joss Whedon, Marvel, The Avengers