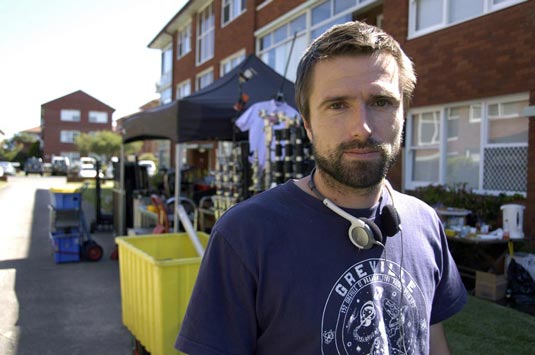 David Michod has been busy writing scripts for others in the few years since the release of the Animal Kingdom, but the Australian writer/director is finally stepping behind the camera for a follow-up titled The Rover and it is none other than a “futuristic western.” For some reason I smiled at that description (mainly because Firefly crossed my mind), although I don’t find such combos quite attractive (of course, with that one exception). Here, read it yourself: “The Rover is set in the Australian desert in a dangerous and dysfunctional near future. Eric has left everything and every semblance of human kindness behind him. When his last possession, his car, is stolen by a gang of dangerous criminals, Eric sets off to track them down and is forced along the way to enlist the help of Reynolds, the naive simpleton member of the gang left behind in the bloody chaos of the gang’s most recent escape. ” The film has been in development for some time now, but it seems that Screen Australia will provide production financing for the project which has Robert Pattinson and Guy Pearce attached. Not sure how will this turn out, but I’m willing to find out. One thing’s for certain, though: with Michod behind the story AND camera, the forecast will definitely be “violent, with the showers of blood”.
Continue Reading
Advertisement
You may also like...
Related Topics:Animal Kingdom, Firefly, Guy Pearce, Robert Pattinson

AVENGERS-Themed TV Series to be Developed by ABC and Marvel?
RUSH HOUR 4 Works Getting Started
Advertisement