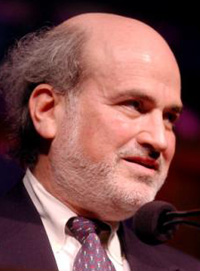 Legendary director Terrence Malick will shoot an untitled romantic drama with Christian Bale, Javier Bardem, Rachel McAdams and Olga Kurylenko. There were no story details on the film at the time, but it was said to be a love story that Malick has written and will also direct. The film was said to start shooting sometime this fall. The film will be produced by Nicolas Gonda, Sarah Green and Bill Pohlad of River Road. “We are delighted to be part of this extraordinary team. Everyone involved brings a unique perspective to this powerful and moving love story. We are especially gratified to be working with Glen Basner and all the talented folks at FilmNation.” the producers said in a statement. FilmNation Entertainment will be handling international sales and distribution. “Terry is easily among the greatest and most influential filmmakers of our time. It’s an honour to work with such a visionary. FilmNation is thrilled to help bring his next work to a global audience,” FilmNation CEO Glen Basner added. Malick, directed just five features in a career spanning more than 35 years. He has a reputation for being exacting in completing his films, which include “Badlands,” “Days of Heaven,” “The Thin Red Line,“ “The New World.” His most recent project, the drama “Tree of Life,” which stars Sean Penn and Brad Pitt and opens in cinemas this year.
Continue Reading
Advertisement
You may also like...
Related Topics:Christian Bale, Javier Bardem, Olga Kurylenko, Rachel McAdams, Terrence Malick