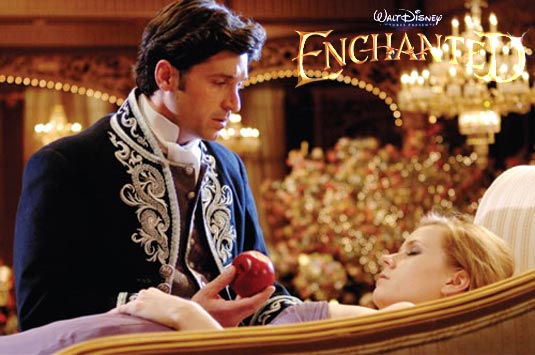 Walt Disney Pictures is moving forward with a sequel to “Enchanted.” Jessie Nelson (Because I Said So, Fred Claus, Stepmom) will write the screenplay for the live action fairy tale that Anne Fletcher (27 Dresses, The Proposal) will direct. “Enchanted” (2007) starred Amy Adams, James Marsden, Patrick Dempsey and Susan Sarandon. It earned more than $340 million worldwide with its initial budget being 85 million. The studio is yet to cast any roles, but is hoping to bring original stars back for the second movie, says Variety. Barry Josephson and Barry Sonnenfeld will produce for a release in 2011. [youtube]http://www.youtube.com/watch?v=fS5etQj2LbQ[/youtube]
Continue Reading
Advertisement
You may also like...
Related Topics:Amy Adams, Anne Fletcher, James Marsden, Susan Sarandon