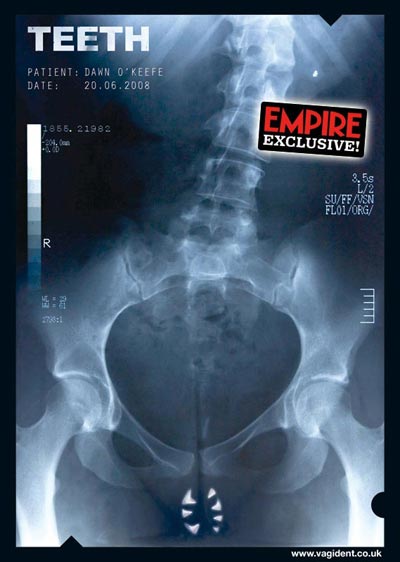 Momentum Pictures have released a poster [via Empire] for the UK release of the well received horror-drama “Teeth“. “Teeth” tells the story of High school student Dawn (Jess Weixler) works hard at suppressing her budding sexuality by being the local chastity group’s most active participant. Her task is made even more difficult by her bad boy stepbrother Brad’s (John Hensley) increasingly provocative behavior at home. A stranger to her own body, innocent Dawn discovers she has a toothed vagina when she becomes the object of violence. As she struggles to comprehend her anatomical uniqueness, Dawn experiences both the pitfalls and the power of being a living example of the vagina dentata myth. The movie is scheduled to appear in the UK on June 20th.
Continue Reading
Advertisement
You may also like...
Related Topics: