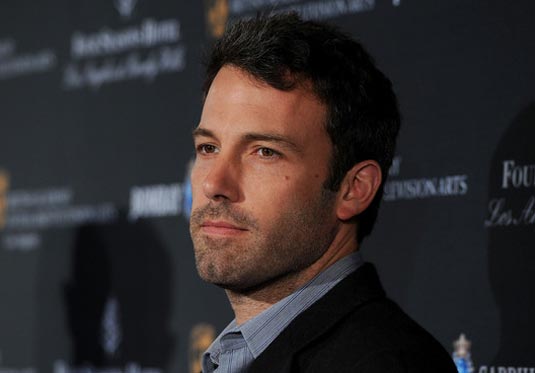 Call him Affleck, director Ben Affleck! Right after The Town, we’re all wondering which project will he choose for his next directorial effort. Well, guess what, the word now is that Affleck is considering American Bullshit to be the next one. Nice title, except Eric Warren Singer‘s script was #30 on last year’s Black List… At this moment we know that the script follows “the true story of the FBI’s 1980 undercover sting operation of Congress, dubbed Abscam, which was designed to root out corruption and was the brainchild of a con man.” But, thanks to Wikipedia, we have even more details about the whole thing: ”The FBI set up “Abdul Enterprises, Ltd.” in 1978 FBI employees posed as Kraim Abdul Rahman, a fictional Middle Eastern sheikh, in videotaped talks with government officials, where they offered money in return for political favors to a non-existent sheikh. A house, along with a yacht in Florida and hotel rooms in Pennsylvania and New Jersey, were used to set up meetings between various public officials and a mysterious Arab sheikh named “Kambir Abdul Rahman” who wanted to purchase asylum in the U.S., to involve them in an investment scheme and to get help in getting his money out of his country. Much of the operation was directed by Melvin Weinberg, a convicted con artist, who was hired by the FBI for that purpose. It was the first major operation by the FBI to trap corrupt public officials; up until 1970 only ten members of Congress had ever been convicted of accepting bribes… The FBI had codenamed the operation “Abscam”, a contraction of “Abdul scam”, after the name of the company.” Atlas Entertainment producers Charles Roven (The Dark Knight) and Richard Suckle (The International) are behind the project along with Sony Pictures Entertainment. There’s still nothing official about this project, but as usual, we’ll keep you updated!
Continue Reading
Advertisement
You may also like...
Related Topics:American Bullshit, Ben Affleck