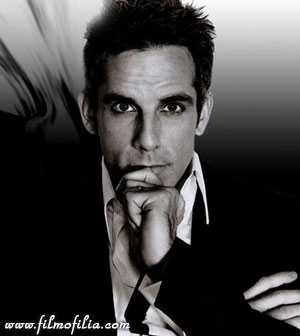 Ben Stiller is attached to produce and possibly star in “The Return of King Doug,” an adaptation of an upcoming Oni Press graphic novel whose film rights were picked up by DreamWorks.Written by Greg Erb and Jason Oremland, “King” centers on a man who must return to the fantasy world which he abandoned 30 years earlier. Erb and Oremland will also write the screenplay. Stiller, Stuart Cornfeld and Jeremy Kramer will produce through their DreamWorks-based Red Hour Productions. Eric Gitter, one of the partners at Oni, will also produce through his Closed on Mondays Entertainment, the shingle which acts as Oni’s production arm. Peter Schwerin is executive producing. Holly Bario will oversee the project for DreamWorks. Portland, Ore.-based Oni has several projects set around town, including “Courtney Crumrin and the Night Things” and “The Damned,” both at DreamWorks. Erb and Oremland are a screenwriting duo who hail from animation, having worked on “Frog Princess” and “Fraidy Cat,” both at Disney. They are repped by UTA and the Safran Company. UTA-repped Stiller stars in the upcoming comedy “Tropic Thunder,” which he also directed and produced via Red Hour, and is prepping to shoot “Night at the Museum II: Escape From the Smithsonian.” His Red Hour was behind the horror movie “The Ruins,” which opens April 4.
Continue Reading
Advertisement
You may also like...
Related Topics: