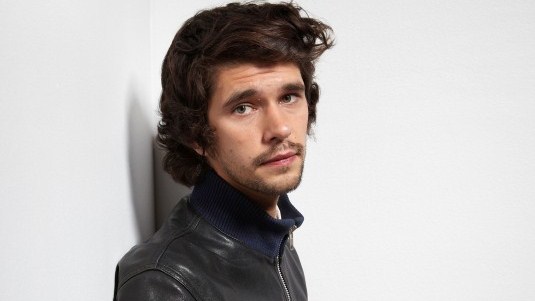 That was fast! Earlier today we learned that Steven Spielberg wants Anne Hathaway for the female lead in his upcoming Robopocalypse movie, and all of the sudden Ben Whishaw is being eyed for a key role, too! It looks that there’s a lot of free space for good-looking people in a future, because, let me remind you – Chris Hemsworth is also in some serious talks to join Spielberg’s team! According to the latest reports, Cloud Atlas star (and you’re free to add Skyfall star as well here!) Whishaw is at the top of DreamWorks’ list of actors to play a hacker named Lurker. And that’s all we know about Whishaw’s possible involvement in the whole thing so far. As we said, Robopocalypse story is set in the future, and follows a robot rebellion against the human race, where the global network of machines on which our world has grown dependent, suddenly becomes an implacable, deadly foe after a sentient piece of artificial intelligence known as Archos comes online an assumes control over the global network of machines that regulate everything from transportation to utilities, defense and communication. The movie is based on the book by Daniel H. Wilson, Drew Goddard is behind the script, and Tom Rothman will produce the project.
Continue Reading
Advertisement
You may also like...
Related Topics:Anne Hathaway, Ben Whishaw, Chris Hemsworth, Robopocalypse