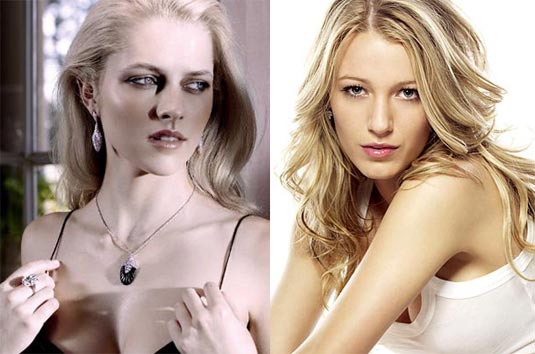 Oliver Stone‘s Savages is coming, but more casting rumors are coming as well! You already know that Jennifer Lawrence is no longer attached to this project because of her The Hunger Games involvement, so as you guess, the biggest question still remains the same – who will play “O” in the upcoming adaptation of the Don Winslow novel?

It looks that we now have three names – Blake Lively, Teresa Palmer and previously reported Olivia Wilde considered for that role!

As we heard, Lively and Palmer have read for the part and join Olivia Wilde as potential candidates to make a turn as “O”, character described as “a free-spirited friend of Laguna Beach pot dealers, Ben and Chon.”

And, while we’re still here, I’m sure you know that Aaron Johnson and Taylor Kitsch are already on board to play “two pot-growers whose shared girlfriend is kidnapped by a Mexican drug cartel demanding that they grow exclusively for them.” Benicio Del Toro is in talks to play the role of the leader of the drug cartel and villain of the film, while Salma Hayek is eyeing the role of the matriarch of the cartel.

Oliver Stone co-wrote the script together with Shane Salerno, and is looking to start shooting Savages this June.

At the end, description of the Savages novel once again: “The future is looking good for Laguna Beach, Calif., marijuana growers Ben and Chon, until they receive an ominous e-mail from the Baja Cartel. Attached is a photograph showing the decapitated bodies of other independent drug dealers.

The message is clear: sell your product through us or else. Ben and Chon try to resist, but matters escalate after cartel thugs abduct Ophelia, the guys’ beautiful young playmate and accomplice, and hold her for a cool million ransom. Meanwhile, Elena “La Reina” Sanchez Lauter, the leader of the Baja Cartel, must deal with rival drug gangs and potential overthrow from within. Ben and Chon propose a trade that Elena can’t refuse, setting the stage for the violent and utterly satisfying ending. Winslow’s encyclopedic knowledge of the border drug trade lends authenticity.”