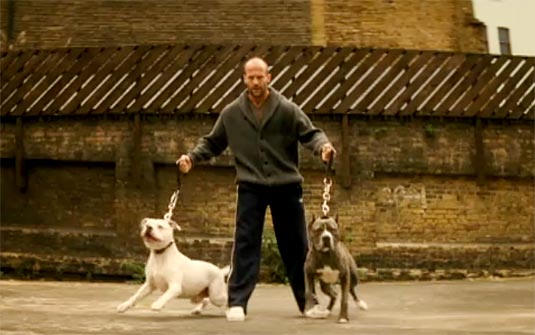 Check out the red band trailer for Blitz.

In the action-thriller Blitz, a cop killer with the nom de guerre Blitz, short for Blitzkreig, is loose in London, and it’s up to Jason  Statham’s corner-cutting police officer to track him down by any means necessary. The movie also co-stars Paddy Considine (In America, The Red Riding Trilogy) as a gay cop who is assigned to be Statham’s partner on the job, David Morrissey, Aidan Gillen, and Luke Evans.

Blitz is based on the hard-boiled novel by Ken Bruen, the script is by Moon’s Nathan Parker and the film, which is the first to be produced (rather than just distributed) by Lionsgate UK, is directed by Elliott Lester (Love is the Drug). In book-form, it’s actually the third in a series.

Lionsgate are distributing Blitz, which has not got an exact release date apart from been released 2011. Stay tuned for more information.