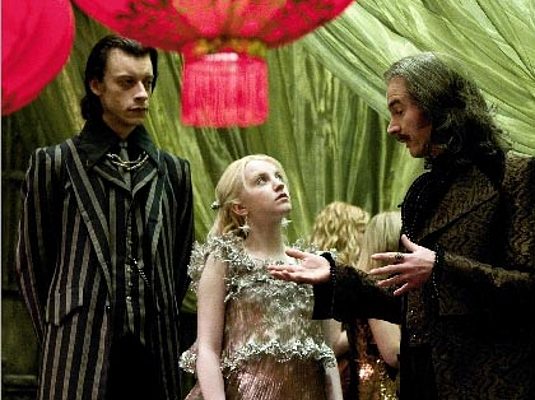 Today, we have several new shots from the upcoming “Harry Potter and the Half-Blood Prince” and info that IMAX Corporation has announced that the film will feature approximately 25 minutes of 3D footage. During the IMAX Corporation’s 2008 Q2 Earnings Report conference call, Rich Gelfond, the co-chairman and co-CEO of the company told shareholders:

“We believe this film will include approximately 25 minutes in IMAX 3-D split between the opening sequence of the film and the finale.”

“Harry Potter and the Half-Blood Prince” is again directed by David Yates, of Harry Potter and the Order of the Phoenix previously, and written by Steve Kloves, who also wrote “Sorcerer’s Stone”, “Chamber of Secrets”, “Prisoner of Azkaban”, and “Goblet of Fire” but not “Order of the Phoenix.” This is the sixth book in J.K. Rowling‘s immensely popular series. “Half-Blood Prince” will come out in both IMAX and conventional theaters on July 17, 2009. [source:ComingSoon, Snitch Seeker]