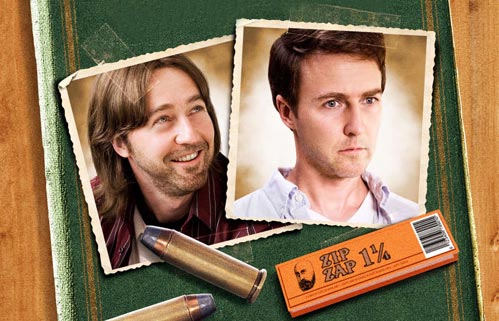 AICN has debuted brand new poster for Leaves of Grass starring Edward Norton (twice) as two brothers. Norton #1 stars as Bill Kincaid, a college classics professor who is lured home from the Ivy League to the backwoods of Southeastern Oklahoma by his identical twin (Norton #2), a hedonistic, pot-smoking career criminal. The comedy also stars Tim Blake Nelson, Susan Sarandon, Richard Dreyfuss, Keri Russell, Lucy DeVito, Steve Earle and Josh Pais. Check out the full poster after the jump Leaves of Grass is both written and directed by Tim Blake Nelson (Eye of God, Othello, The Grey Zone). The film was produced independently by Nelson and Norton and first premiered at the Toronto Film Festival 2009. It does not have a US distributor yet, as far as we know, but will probably pick up one and hit theaters sometime in 2010. 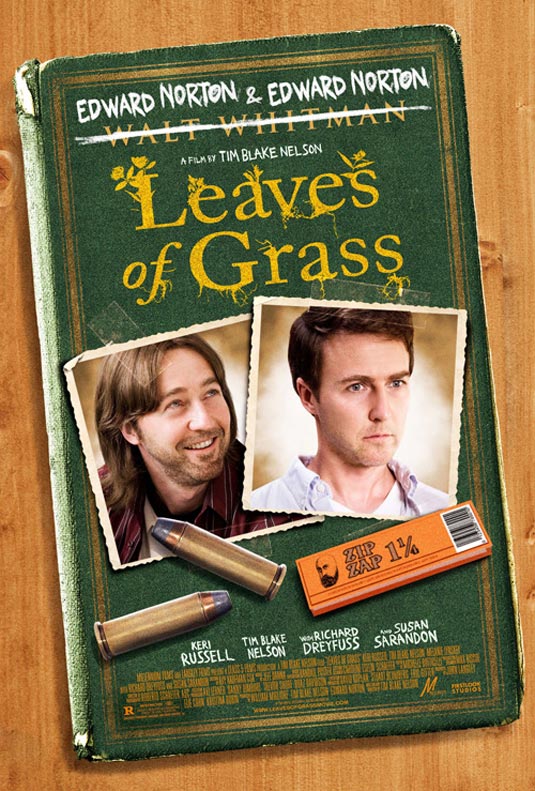