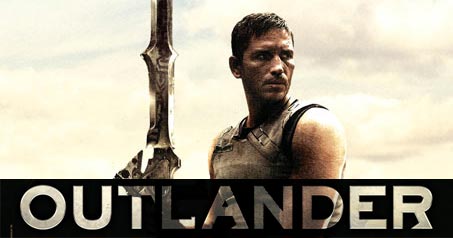 Today, we have a international poster for the upcoming Jim Caviezel sci-fi film “Outlander,” featuring a shot of a group of Vikings. The film is produced by Barrie Osborne, the man behind “Lord of the Rings.” As an age old battle rages amongst the stars, Kainan’s (Caviezel) ship burns brightly as it crashes into the Nordic coast. As his space craft comes to rest in the fjords of ancient Norway, it’s with dismay that Kainan realizes that he wasn’t the only survivor. A second passenger, a Moorwen also emerges from the wreckage. A Fierce and animal-like creature, the Moorwen is intent on causing harm to those it perceives have wronged it. As the Moorwen kills everything in its path, Kainan must work together with the Vikings to destroy the beast before it destroys them all.   The Weinstein Company will let it skip the theaters and go straight to DVD 18. November 2008. Director: Howard McCain Writers: Dirk Blackman, Howard McCain Starring: James Caviezel (Kainan) , Sophia Myles (Freya) , Ron Perlman (Gunnar), John Hurt (Rothgar), Jack Huston (Wulfric) 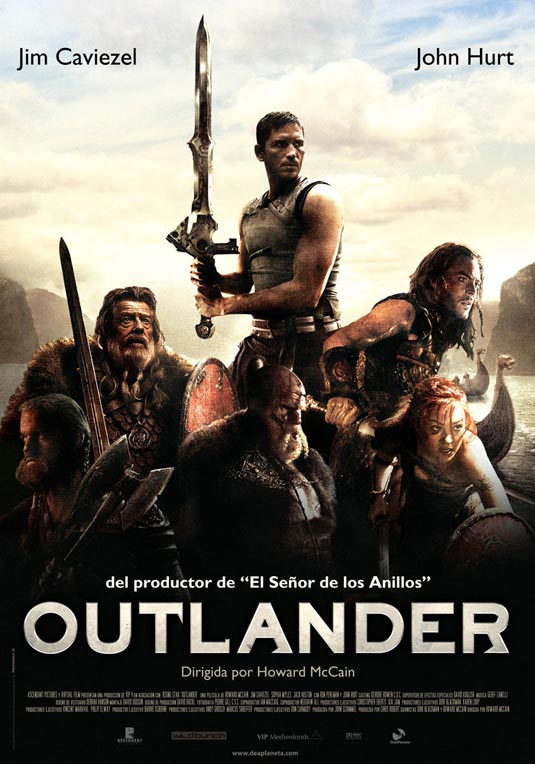