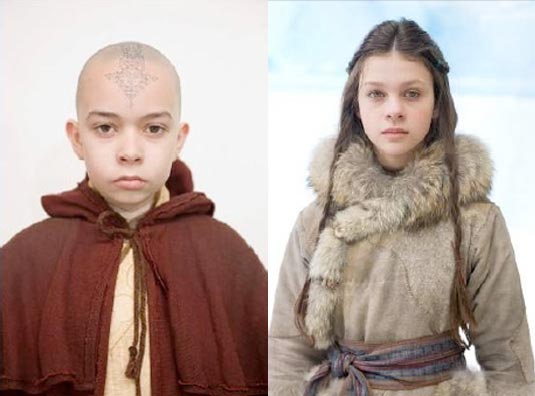 We’ve got new images for M Night Shyamalan‘s  “The Last Airbender.” Images feature main characters: Aang (Noah Ringer), Katara (Nicola Peltz ), Zuko (Dev Patel ) and Sokka (Jackson Rathbone). Noah Ringer, a 12-year-old first-time actor from Texas, will take on the lead role as Aang, the Avatar (the spirit of the planet manifested in human form), the last surviving Airbender and a monk of the Air Nomads, a race of people with the unique ability to manipulate the air around them. He is assigned with the task of keeping the Four Nations at peace. Nicola Peltz has been cast as Sokka’s fourteen-year-old sister Katara. Jessica Jade Andres will play the Earth Kingdom’s rep named Suki and Shaun Toub stars as Uncle Iroh. 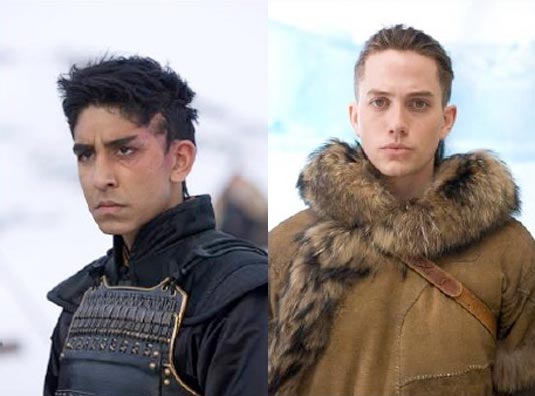 Dev Patel, “Slumdog Millionaire” star, who replaced Jesse McCartney, stars as the evil prince Zuko. Jackson Rathbone (Twilight’s Jasper Hale) plays Aang’s friend Sokka, a warrior of the South Pole’s Southern Water Tribe, a race of people who can control and manipulate water. Shyamalan’s upcoming movie is based on the hit Nickelodeon cartoon series “Avatar: The Last Airbender.” “Avatar” is being dropped from the title in favor of just “The Last Airbender” so as to avoid the confusion with James Cameron’s movie “Avatar.” The story follows the adventures of Aang (Noah Ringer), a ten year old ‘Airbender’ who has the ability to control wind. Aang is also the successor to a long line of Avatars – physical incarnations of the world itself who are capable of manipulating all four elements. Aang must put his childhood ways aside and battle to stop the Firebenders from enslaving the Water, Earth and Air nations. As he does, he is pursued by the banished evil Prince of the Fire Nation, Zuko (Dev Patel), who plans to regain his lost honor by capturing the last Airbender.

The story is expected to unfold as a trilogy and is already being touted as Paramount’s answer to epic franchises like Star Wars and Lord of the Rings. The first one hitting theaters on July 2nd, 2010.