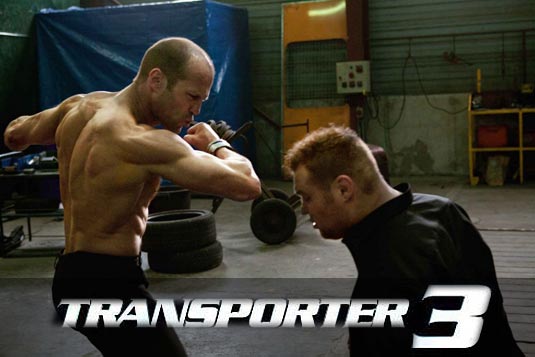 Check out just released Jason Statham’s upcoming sequel “Transporter 3” violent three TV spots and trailer. “Transporter 3″ will continue the story of Frank Martin (Jason Statham), a professional “transporter” who has relocated to Paris to continue his low-key business of delivering packages without questions. The first two films were directed by Louis Leterrier, who has moved on to helm the upcoming “Incredible Hulk.” To replace him, Olivier Megaton was brought on board. The film has since been picked up by Lionsgate and has been scheduled to appear in theaters on November 26th. [source: filmz.ru]