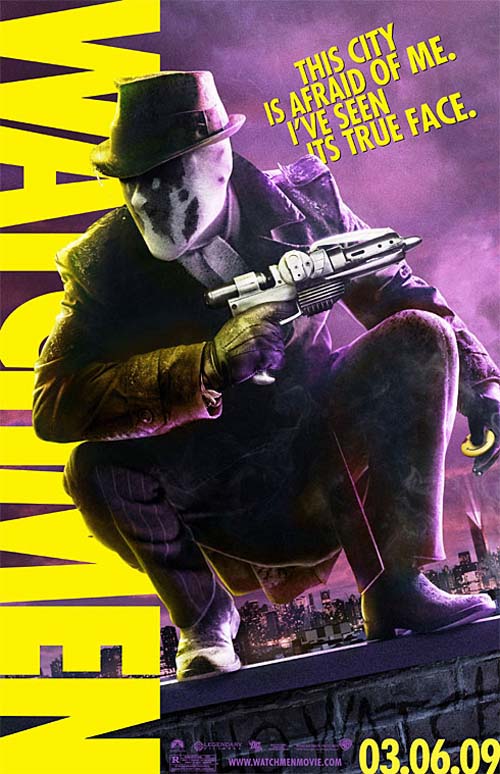 Six new character poster for the upcoming Zack Snyder‘s “Watchmen,” which include shots of The Comedian, Dr Manhattan, Ozymandias, Rorschach, Silk Spectre II and Nite Owl II has been released. “Watchmen” is set in an alternate 1985 America in which costumed superheroes are part of the fabric of everyday society, and the “Doomsday Clock” – which charts the USA’s tension with the Soviet Union – is permanently set at five minutes to midnight. When one of his former colleagues is murdered, the washed-up but no less determined masked vigilante Rorschach sets out to uncover a plot to kill and discredit all past and present superheroes… “Watchmen” stars Patrick Wilson, Jackie Earle Haley, Matthew Goode, Billy Crudup, Jeffrey Dean Morgan, Malin Akerman, Carla Gugino, Stephen McHattie and Matt Frewer, opening in conventional theaters and IMAX on March 6 2009. 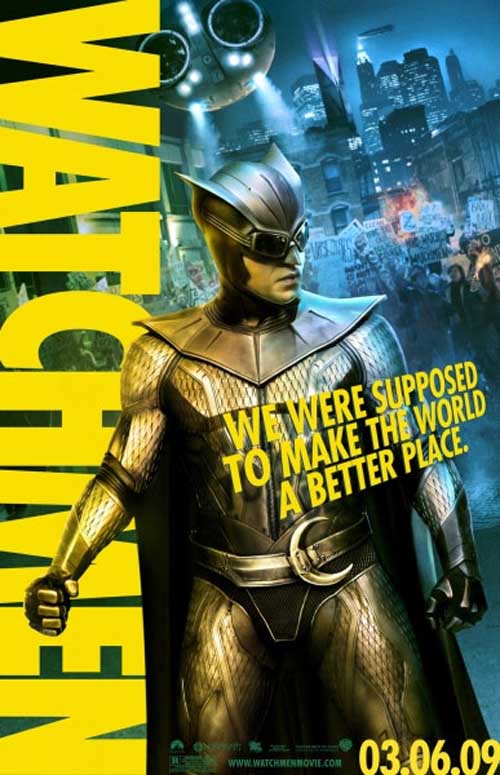 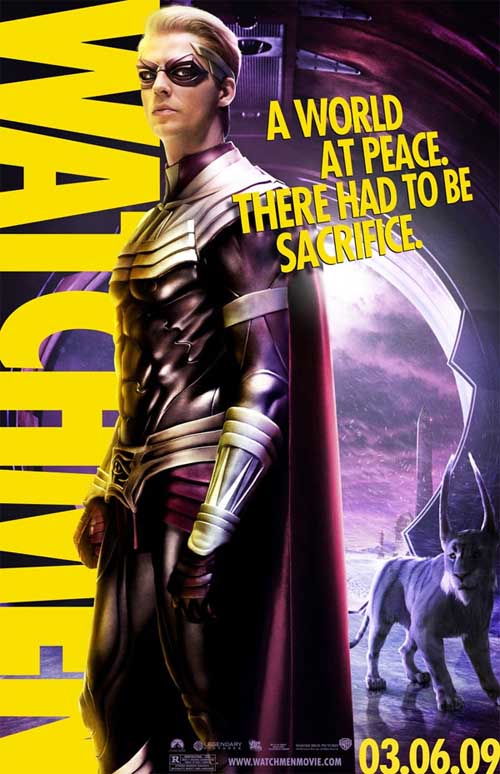 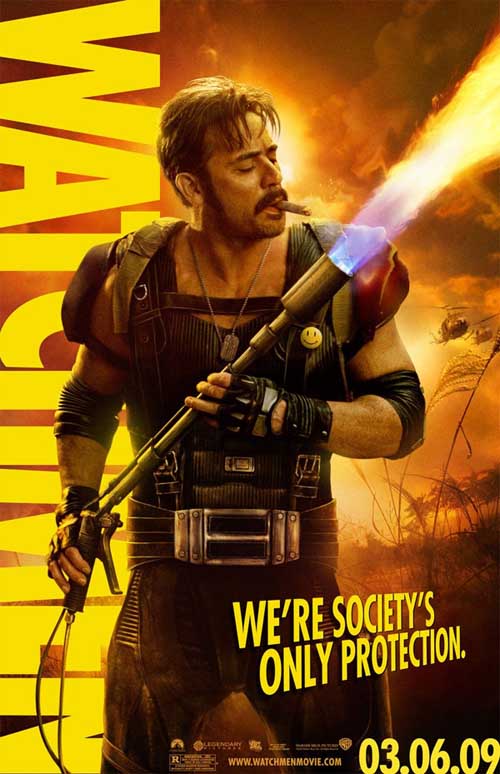 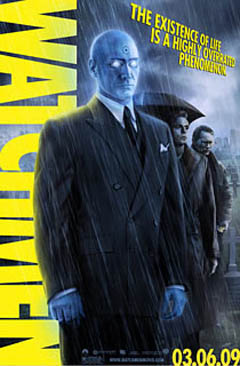 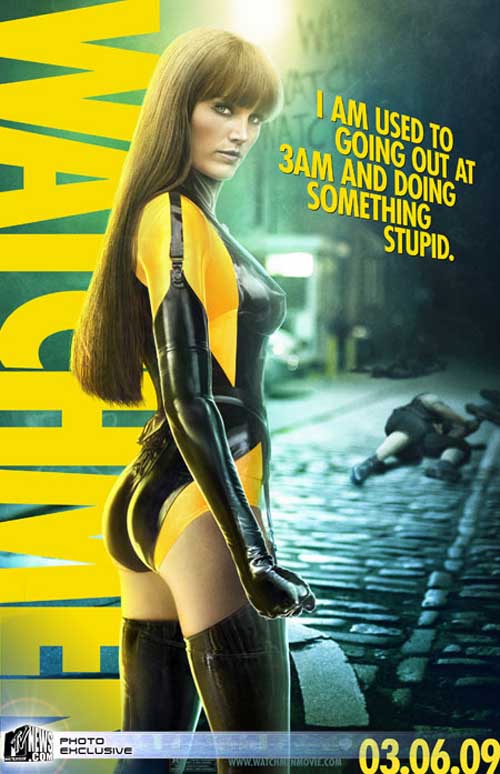