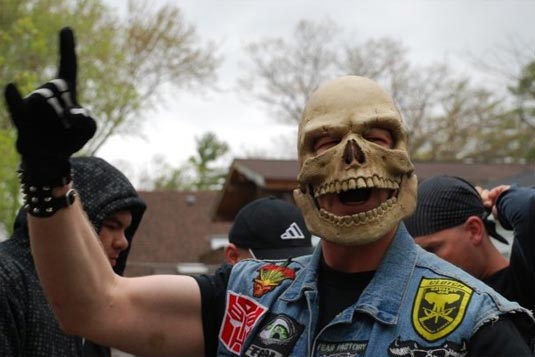 A new trailer for Justin McConnell’s upcoming comedy/documentary “Skull World” has made it’s way online, just in time for the Cannes Film Market. The film continues post‐production, with a festival run beginning in early Fall.

The film, along with McConnell’s horror/thriller The Collapsed, will be represented this coming week at the Cannes Film Market by sales and distribution company Raven Banner Entertainment.

Greg Sommer is an enigma wrapped inside a mystery, encased in a Jean-Jacket Vest. An enterprising man in his early 30s, Greg, and his alter-ego SKULL MAN, are at war. Box Wars that is.

Welcome to Greg’s world. A world of warriors, magic, and glory. A world of metal. Greg is building the Canadian-chapter of BOX WARS, an international underground movement of Cardboard-based combat.

Skull World follows two years in the life of Greg, and sheds light on exactly what makes him, and his goals in life, so unique. A comedic and moving journey awaits, not for the faint of heart.

Also, fans in Ontario can get a chance to experience Boxwars first‐hand, with registration for the upcoming May 21st battle still open: 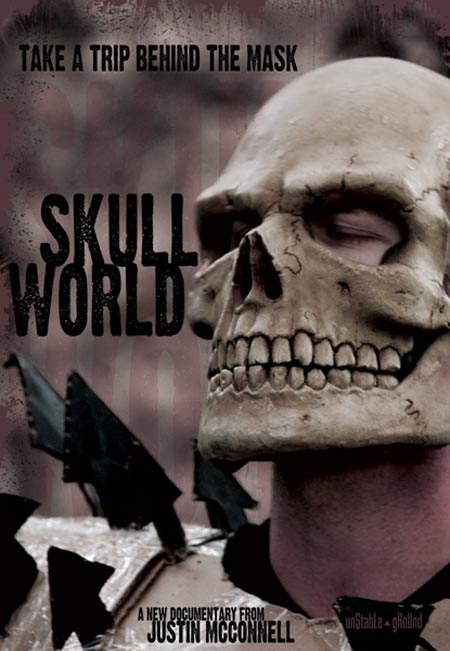