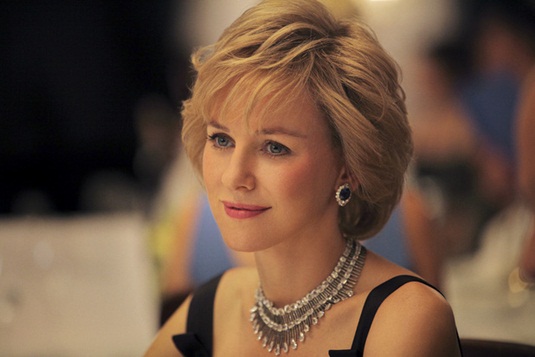 We reported, earlier this week when the first images of Naomi Watts as Princess Diana emerged online with the drama under its working title of Caught in Flight. Ecosse Films has today announced that the title has been renamed Diana alongside the first official look at Academy-Award nominated actress Watts as the eponymous and iconic Princess. Directed by Oliver Hirschbiegel (Downfall), the film will center on the two years leading up to Diana’s death (as well as Downfall was a great depiction of the final days of Hitler), and her alleged affair with heart surgeon Dr Hasnat Khan played by Lost star Naveen Andrews; the biopic also stars Douglas Lodge and Juliet Stevenson. Naomi Watts recently said:

I’m excited and honoured to be playing the role of a truly remarkable woman, who had such a positive and profound impact in so many ways.

We are very excited to be working with such a talented and creative team both in front of and behind the camera. Everyone’s aim is to produce a truly insightful and compassionate study of Diana’s later years.

Just click to see the larger version of the image below.