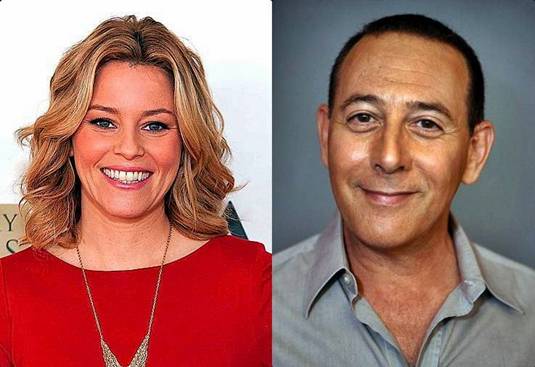 More good news on Frank or Francis! Elizabeth Banks reunites with her 40 Year-Old Virgin co-stars Steve Carell and Catherine Keener on the musical satire of Hollywood, Charlie Kaufman’s sophomore feature. Paul Reubens a.k.a. Pee-wee Herman has joined the cast as well. Kate Winslet is not in the film, despite a previous report to the contrary. Nicolas Cage, Steve Carell and Jack Black topline the story that follows an increasingly complex and contentious disputes between Frank (Carell), an intellectual film director and Francis (Black), an online blogger who still lives with his parents and who enjoys in attacking the other man’s films. Cage plays an actor who is famous for his high-concept films, while Kevin Kline will play the director of the world’s top-grossing movie as well as that character’s brother, who turns into an animatronic head. Banks will play a highly-regarded actress making formulaic comedy bombs who is having an affair with Carell’s Frank. Reubens will play an old-school film critic. Banks will next appear in the role of Effie, a handler from the dystopian Capitol in Lionsgate’s Hunger Games, which opens March 23. Reubens, which The Pee-wee Herman Show on Broadway is nominated for three Emmies is reportedly working with Judd Apatow on a new Pee-wee Herman feature film at Universal that is said to follow him on a road trip. [youtube]http://www.youtube.com/watch?v=hysIlCVLejk[/youtube]