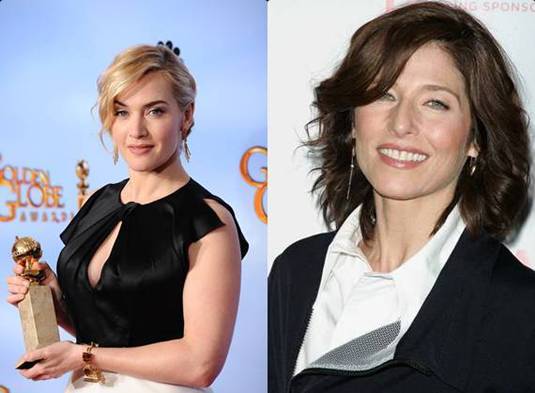 Charlie Kaufman has added two big-name actresses to the celebrity market of ambitious, satiric musical Frank or Francis, which he also wrote. Kate Winslet and Catherine Keener have received Oscar nominations for performing in films written by Kaufman – Eternal Sunshine of the Spotless Mind and Being John Malkovich. Now they have been added to the already impressive cast of his musical comedy. Kaufman has already enlisted Steve Carell, Jack Black, Nicolas Cage and Kevin Kline to feature in the film that focuses on three characters: Frank Arder (Carell), a pretentious screenwriter/director whose film You becomes a sensation after it’s nominated for 29 Oscars; Francis (Black) is a brainy blogger elf who lives with his parents and his biting critiques have earned him a bit of a following; and Alan Modell (Cage), a well-known comedian who begins to experience his career’s decline and desperately tries to get back into the game. Kline plays two roles; the first is Richard Waller, the brother of filmmaker who directed a hit epic that failed to win Best Picture and the second, he will be voicing Richard’s Head, the computer-brain designed to create the perfect movie script. It’s not clear what characters Winslet and Keener will be playing, but maybe Frank and Francis love interests. However, this meta-musical closely corresponds with those of us writing this news and those who read it everyday. Check out the trailer for Synecdoche, New York, 2008 drama film written and directed by Charlie Kaufman. [youtube]http://www.youtube.com/watch?v=XIizh6nYnTU[/youtube]