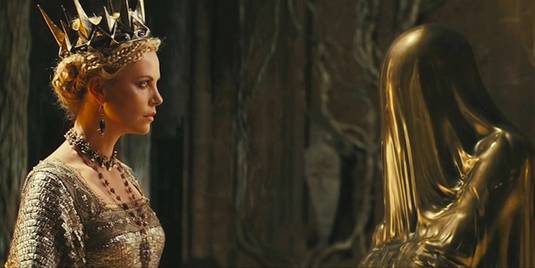 The second one Snow White film, Snow White and the Huntsman starring Kristen Stewart, Chris Hemsworth and Charlize Therton is slated for release on June 1st, 2012 in the United States.

A new Japanese teaser trailer is shorter than previous, but has some new footage that will give you something breathtaking and sells you on the epic potential in less than a minute.

Stewart (The Twilight Saga) plays the only person in the land fairer than the evil Queen Ravenna (Theron) who is out to destroy her. Queen learns from her Magic Mirror (Christopher Obi) that the only way to remain in power is to consume Snow’s heart and achieve immortality. But what the wicked ruler never imagined is that the young woman threatening her reign has been training in the art of war with a huntsman ( Hemsworth) who was dispatched to kill her. Sam Claflin plays the prince long enchanted by Snow White’s beauty and power.

The epic action-adventure is directed by Rupert Sanders and written by Evan Daugherty.

Check it out and let me know what you think.