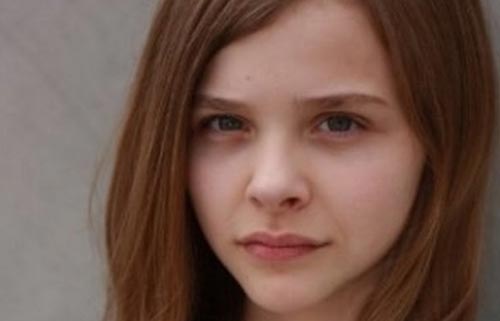 Time for Dark Shadows update! Of course, casting one, again! And I’m pretty sure you’re going to love this one.

Kick-Ass star, young and lovely Chloe Moretz is in talks to join the upcoming Tim Burton‘s project, and if negotiations work out, she will play Carolyn, daughter to Elizabeth Collins Stoddard, character that will be played by Michelle Pfeiffer.

Dark Shadows is the adaptation of the 1960’s gothic soap opera, and Burton’s and Depp’s longtime passion project Dark Shadows, that was first announced in 2007. The whole thing revolves around a centuries old vampire searching for fresh blood and his lost love, Josette, and his many adventures involving ghosts, werewolves, time travel and other quite weird stuff.

Let me remind you, right here at the beginning, that Johnny Depp is on board to play Vampire Barnabas Collins, Eva Green will play Angelique Bouchard Collins, a witch trapped in a love/hate relationship with Depp’s character, Jackie Earle Haley will play Willie Loomis, a conman who releases Collins from his sealed coffin only to be attacked and enslaved as the vampire’s manservant, and Bella Heathcote is Victoria Winters, the young governess of the Collins estate.

As we said, Pfeiffer will play Elizabeth Collins Stoddard, the matriarch of her brood who has not left her mansion in the decade following the disappearance of her husband, while Helena Bonham Carter is Hoffman, a specialist in psychology and rare blood disorders.

Few days ago we reported that Thomas McDonell will play the younger version of Depp’s character, Barnabas Collins, a “self-loathing vampire living in a Maine manor who is searching for his lost love”, and that Michael Sheen is in early discussions for a supporting role in the film, though it’s not yet clear just who he’ll been playing.

Now, let’s add this latest rumor – Chloe Moretz on board for Dark Shadows. Is it true? Still nothing confirmed, but I’m sure you all remember that few days ago, in an interview with MTV, she revealed:

“I just booked a huge project last night…it’s huge! Watch out, you’re going to be freaking out, cause I was… It’s big, and it’s crazy, and it involves some really cool actors. And it’s huge.”

We all agree that Dark Shadows is HUGE, right?

So, what do you think about Moretz and her possible involvement in the whole thing? Let us know, and stay tuned!