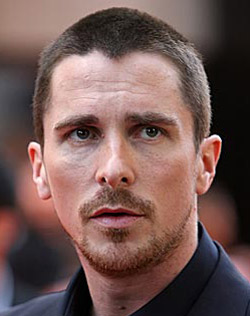 I hate when it’s all so mysterious like this one, but what the hell, we have some great news. Apparently Christian Bale will reteam with his The New World director Terrence Malick for the upcoming movie that Malick is planning to shoot next year. And that’s not all, because we’ve also learned that this mysterious project will have two leads, one male and one female, so as you already guess, some interesting names are already rumored for the female part. So check this out: Rooney Mara, Mia Wasikowska, Haley Bennet and Clemence Poesy are all in contention for that part! This sounds great, indeed, although it would be nice to have more details about the whole thing. But, unfortunately, that’s still top secret. The only thing we know is that Mr. Malick is quite ambitious man, and that this project will have a smaller cast than his next movie The Burial (working title), which as you already know, stars Ben Affleck, Rachel McAdams, Rachel Weisz, Olga Kurylenko, Javier Bardem, Barry Pepper and Jessica Chastain. That one is currently in post-production, so we guess that we’ll soon have more details about the above mentioned “mysterious” one. We’re definitely interested, so make sure you stay tuned for more updates!
Continue Reading
Advertisement
You may also like...
Related Topics:Christian Bale, Haley Bennett, Mia Wasikowska, Rooney Mara, Terrence Malick