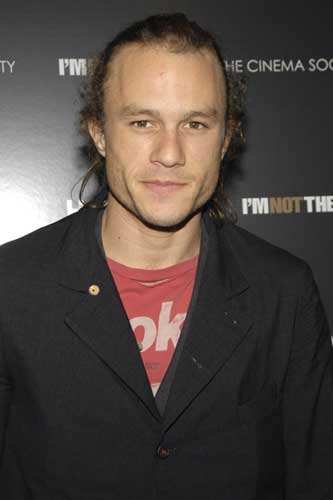 A sneak preview of The Dark Knight was attended by director Christopher Nolan and Christian Bale over the weekend. Exhibitors were shown the opening sequence at industry convention ShoWest and Nolan explained that all of Heath Ledger‘s scenes as The Joker remain as they were before his tragic death. “He was immensely proud of the work he did on the film”, said Nolan. “I feel a great burden to present that in an undistorted form.” “I hope that this can be seen as a celebration of his work”, Bale added. “He did a phenomenal job. It was a real joy working with the man. It was a joy knowing him as well. I liked him a great deal, and I liked also how seriously he took his work.” The film opens 25th July.
Continue Reading
Advertisement
You may also like...
Related Topics:Christian Bale, Christopher Nolan, Heath Ledger, The Dark Knight

Helen Hunt in ‘Then She Found Me’
Olga Kurylenko Photoshoot
Advertisement