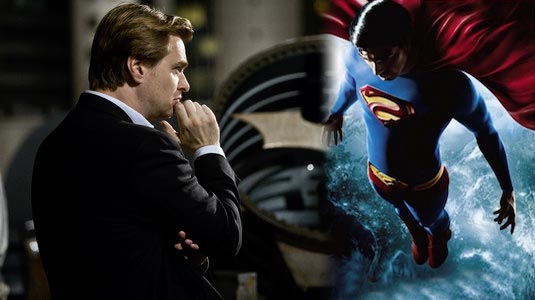 Deadline Hollywood is reporting that Warner Bros. has brought on Dark Knight director, Christopher Nolan, as a “mentor” a new Superman film. According to an insider who spoke with the outlet,

“[Producer] Jon Peters is trying to make something happen since he stands to benefit financially. But they [the studio] need to hear a great story that makes sense.”

The next film, which is nicknamed “Superman 3.0” would not follow on from Superman Returns, but could still involve its director Bryan Singer and leading man Brandon Routh. Deadline explains:

Attorney Marc Toberoff, who keeps suing Warner Bros on behalf of creative rightsholders, warns that, in 2013, the Jerome Siegel heirs along with the estate of co-creator Joe Shuster will own the entire original copyright to Superman — “and neither DC Comics nor Warner Bros will be able to exploit any new Superman works without a license from the Siegels and Shusters”. He’s also pointed out that, if Warner Bros does not start production on a new Superman sequel or reboot by 2011, the Siegels could sue to recover their damages on the grounds that the deal should have contained a clause in which the rights returned to the owners after a given time if no film was in development. The heirs of Siegel have already been awarded half the copyright for Superman. And in 2013 the heirs of co-creator Joe Shuster get the remaining half. After that, neither DC Comics nor Warner Bros will be able to use Superman without a financial agreement with the heirs. There are also stipulations on what parts of the origins story can be used in future Superman movies and which require re-negotiations with the creators’ heirs or estates.

Nolan is one of the most respected directors at Warner, not only did he direct The Dark Knight, one of their most profitable movies ever, he also gave them first refusal on his latest film ‘Inception’ before other studios got word of it. He’s also finally started work on a third Batman installment. His brother and co-writer Jonah Nolan and David Goyer are currently writing a script (link). Goyer gave up writing his TV show ‘Flashforward’ to begin the third Batman script.
Continue Reading
Advertisement
You may also like...
Related Topics:Brandon Routh, Bryan Singer, Christopher Nolan, David Goyer