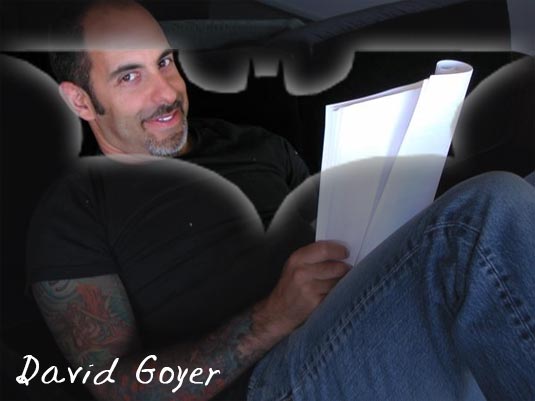 According to Deadline Hollywood, David Goyer (Blade: Trinity) has left his role as showrunner on ABC’s sci-fi drama “FlashForward” to concentrate on his movie career.

“As my feature projects have started ramping up again, I felt I was being pulled in too many directions,”

Goyer said in a statement.

“I’m proud of the show and excited about the relaunch. It’s in great hands.”

He will still be involved with the show as the 23-episode order is completed. Goyer penned the script for “Batman Begins” and penned the story for “The Dark Knight,” and is now writing the Batman 3 installment with Christopher Nolan’s brother Johnathan Nolan, who has worked on his brother’s films “Memento”, “The Prestige”, and “The Dark Knight.” Gary Oldman promised last year at Comic Con that shooting on Batman 3 would happen this year, and if the Nolans and Goyer move swiftly, that just may turn out to be true.
Continue Reading
Advertisement
You may also like...
Related Topics:Batman 3, David Goyer