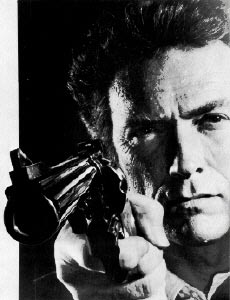 Clint Eastwood‘s legendary Dirty Harry character will reportedly die in a new movie. The 77-year-old is rumoured to be planning a new instalment in the franchise, which ran for five films between 1971 and 1988. However, The Sun claims that San Francisco cop Harry Callahan will meet his demise before the closing credits. A source said: “Clint will make sure Dirty Harry goes out in style.” Reports hadsuggested that upcoming project Gran Tourino will be a sequel to the Dirty Harry movies, but it was later revealed to be a comedy.
Continue Reading
Advertisement
You may also like...
Related Topics: