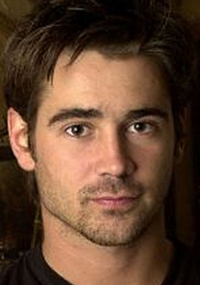 At Swim Two Birds – this could be very interesting project, indeed. For now, we could call it pretty ambitious, that’s for sure, because the film will mark the directorial debut of actor veteran, Irish actor Brendan Gleeson, including well-known Irish actors: Colin Farrell, Gabriel Byrne and Cillian Murphy. That sounds like a good start for me! The 1939’s  masterpiece, written by Irish author Brian O’Nolan (or if you prefer his pseudonym name – Flann O’Brien) – At Swim Two Birds, is a novel that tells us a story about unnamed Irish student of literature, who decides to write a book. You might ask – what’s so interesting about that? Well, if you’ve read the novel, you ceartinly know what kind of mess it becomes. Characters out there just can’t stand still, so at one time you actually get three apparently quite separate stories in motion. They just go around looking for trouble. Maybe that’s why even Dylan Thomas said that “this is just the book to give your sister – if she’s a loud, dirty, boozy girl.” On the other hand, it’s  kind of autobiographical frame story, so we can only guess which actor will have a privilege to be our leader through this interesting tale. And although shooting is planned for March, the main problem, as we heard, are still financies. Maybe Colin Farrell had right when he said that: “…it’s very hard for films that don’t have special effects and have a literary core. Few films have more of a literary core than this.” And that’s exactly the point, since this one includes elements of farce, satire and fantasy, or as some like to describe it – “it’s a fight between Ireland’s literary, heroic past and its grimy, mundane present.” Well, guys, you got yourself some interesting idea, and excellent actor crew, that’s obvious, although it must’ve been quite hard trying to schedule in so many busy Irish actors. We are here to wish you luck!
Continue Reading
Advertisement
You may also like...
Related Topics:Cillian Murphy, Colin Farrell, Gabriel Byrne