Natalie Portman and Colin Firth took top honors Critics’ Choice Awards at Hollywood Palladium in Los Angeles on Friday night (January 14), making them many people’s favorites for the Oscars. The actress, who won for her role in Black Swan, used her acceptance speech to thank the film’s director Darren Aronofsky for introducing her to her husband-to-be, dancer Benjamin Millepied.

Meanwhile, Colin Firth’s win for his role as the stammering King George in The King’s Speech, topped off a week which also saw him awarded a star on the Hollywood Walk of Fame.

His fellow British actor Christian Bale won The Best Supporting Actor gong for his intense act as former boxer Dicky Ekland in The Fighter. And in his acceptance speech, he dedicated the prize to Ekland, and said

This feels great because I feel like he’s winning as well.’

The Fighter also won the Cast Ensemble Award along with a gong for Melissa Leo as Best Supporting Actress. But the film honours belonged to Facebook movie The Social Network, with West Wing scribe Aaron Sorkin also winning for Best Adapted Screenplay. The movie which stars Justin Timberlake, is also one of the favourites to win Best Picture at Sunday Night’s Golden Globe ceremony.

Other winners included 14-year-old Hailee Steinfeld for her acclaimed role in the Coen Brothers remake True Grit. The 22-year-old Emma Stone actress took home the award for Best Comedy for Easy A alongside director/producer Will Gluck, and producer Zanne Devine. 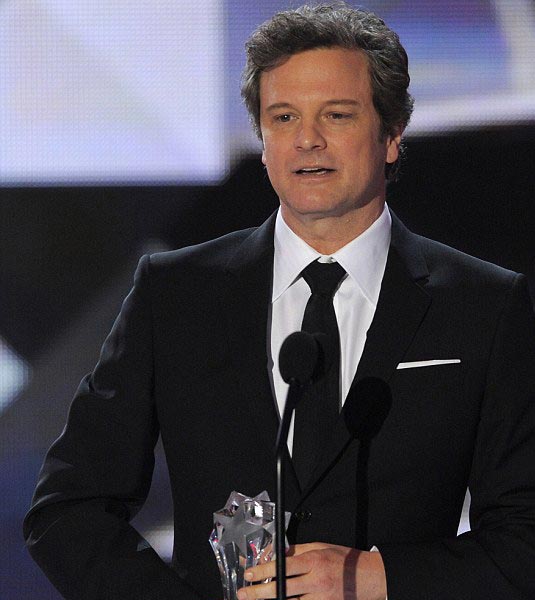 Check out the winners below

Best Picture Made For Television: The Pacific

Best Foreign Language Film: The Girl With The Dragon Tattoo