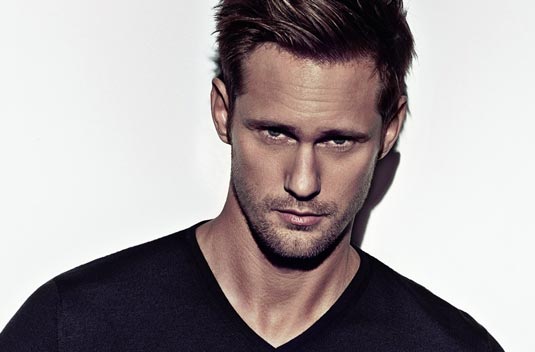 I’m sure you simply can’t wait to hear more about the latest tide of reboots/remakes spam, right? *sarcasm* Yeah, we have another one, but this one you might actually really like. Namely, the latest casting news regarding the cult film The Crow remake, is that now True Blood’s Alexander Skarsgard has been eyed for the lead role. Though many of us have been utterly shocked and appalled by the project that will figuratively tread on the legend’s grave (no black-humor pun intended), well, ‘luckily’ no one asks US. Previously, it was rumored that The Avengers’ Tom Hiddleston was considered for the role, but I must admit, as much as I loved him as Loki, I think that Skarsgard looks more suitable for the role. With the wig or dyed hair, of course. According to Deadline,

The guy to keep an eye on here is True Blood‘s Alexander Skarsgard, who is getting numerous offers since his plans to star for David Yates in Tarzan died on the vine when Warner Bros halted the project over budget. No formal offer yet, but it sounds to me like it’s Skarsgard’s role if he wants it, in the F. Javier Gutierrez-directed film series relaunch.

Yup, it’s not really more than more speculation, but surely you didn’t expect a confirmation this early? No matter who they choose, they’re going to have to do some serious super-stunt-awesome-cast-great-dialogues investment to sell THIS remake to the fans.  Personally, the only way I’d even consider buying a ticket (in spite of Skarsgard, if he’d be chosen) was if they decided to follow the original James O’Barr storyline, so that we could see something different and leave the dead to rest in peace.